skip to main | skip to sidebar

I found one or two!

Or three! I could not decide which one was the best one. Spool or French knit spools that is.

Hobby Lobby had two four prong French knit spools. One is the cutest bee and the other is just deep yellow. The pins are different on both so I purchased both of them to see which one was easier to slip the wire over while "knitting". Then to my surprise at the Walmart in BA I found a Knifty Knitter that is the same set up except it is plastic with five pins. This one looks like it would work better with 24 or 22 gauge wire to make a necklace for the heavy glass daughter has.

I purchased some 28 gauge copper wire to use on the bee French knitter (or the ugly yellow one). Pics to follow!
Posted by Francy at 8:19 PM

Visit The Art of Altering 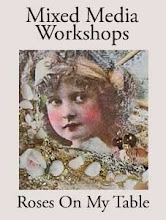